In March 2020, U.S. dollar-denominated prime money market funds (MMFs) suffered heavy outflows as concerns about the COVID-19 pandemic increased in the United States and Europe. Investors redeemed their shares en masse not only from funds domiciled in the United States (“domestic”) but also from offshore funds. In this post, we use differences in the regulatory regimes of domestic and offshore funds to identify the impact of the redemption gates and liquidity fees recently introduced as part of MMF industry reforms in both the United States and Europe.

Offshore USD MMFs are open-end funds that invest in USD-denominated money market instruments and are domiciled in the European Union, mostly in Ireland and Luxembourg. Like domestic funds, they can be divided into public debt funds, which invest in public debt securities and repurchase agreements backed by them (just as domestic government funds can do), and prime funds, which can also invest in privately issued unsecured debt and asset-backed commercial paper. Domestic and offshore USD MMFs invest in assets with similar credit and liquidity profiles. However, in contrast to domestic funds, which are sold to both retail and institutional investors, offshore USD MMFs cater almost exclusively to institutional investors.

Reform of the Offshore MMF Industry in 2017

In 2017, the European Union adopted a reform of the MMF industry in response to the run on prime funds in September 2008. Following this reform, offshore prime MMFs can be divided into two main types based on how they price their shares: low volatility net asset value (LVNAV) funds, which, similar to domestic retail prime funds, price their shares at amortized cost and offer their investors a stable net asset value (NAV); and variable NAV (VNAV) funds, which, similar to domestic institutional prime funds, operate with a floating NAV.

Both the Securities and Exchange Commission (SEC) reform of the domestic MMF industry in 2014 and the European reform of EU-domiciled funds in 2017 allow prime funds to impose redemption gates or liquidity fees if the share of weekly liquid assets (WLA)—cash, Treasury securities, and other very liquid securities—in the fund’s portfolio falls below a given threshold. In the United States, all prime MMFs can impose fees or gates. In Europe, only LVNAV funds are allowed to do so; VNAV funds are not.

The Role of Gates and Fees

Previous research has suggested that a system of gates and fees conditional on a fund’s level of WLA may induce investors to run preemptively, ahead of the imposition of the redemption restrictions. The fact that, in contrast to the SEC MMF reform, the European reform created two types of prime funds—one that is subject to gates and fees (LVNAV) and one that is not (VNAV)—allows us to identify the role of WLA-contingent gates and fees in generating preemptive runs.

If prime MMF investors run preemptively, one would expect LVNAV funds to suffer outflows similar to those of domestic prime funds, since they both operate under a regime of gates and fees. In contrast, if investors do not run preemptively, and runs are purely driven by liquidity or credit concerns, one would expect outflows from domestic institutional prime funds and from VNAV funds to be similar, since they both operate under a system of floating NAV, and outflows from LVNAV funds to be heavier, since offering a stable NAV exacerbates run dynamics.

The chart below shows the cumulative daily percentage flows of domestic institutional prime, LVNAV, and VNAV funds from January 2020 to May 2020. The vertical lines represent the beginning of the run (March 6) and its end (March 26), which occurred after the Money Market Mutual Funds Facility (MMLF) was put in place.

The results are surprising if one considers that, although LVNAV funds are required by regulation to hold larger liquidity buffers than VNAV funds, they nevertheless experienced heavier outflows. Moreover, although a floating NAV is supposed to mitigate run incentives, this does not seem to have happened: outflows from domestic institutional prime funds and offshore LVNAV funds were very similar, though the former operates under a floating NAV and the latter under a fixed NAV.

The Importance of WLA

In order to investigate this formally, we study the relationship between daily percentage outflows from LVNAV funds and the funds’ WLA level using regression analysis, allowing for the effect of WLA on outflows to be different during the run (March 6-26). The regression is estimated over the first three months of 2020. To avoid endogeneity, we take as a fund’s WLA its average WLA during the fourth quarter of 2019. We find that lower WLA levels lead to relatively larger outflows during the March 2020 run: a reduction in the share of WLA in a fund’s portfolio by 10 percentage points leads to an increase in the fund’s daily outflows by 0.6 percentage point, or an increase in cumulative outflows by roughly 10 percentage points, during the COVID-19 run period.

We assess the impact of redemption gates and liquidity fees on the run behavior of MMF investors by looking at the experience of offshore USD prime MMFs during the COVID-19 run. Investors exited funds in which redemption restrictions were more likely to be imposed, suggesting that they may have run preemptively.

Marco Cipriani is an assistant vice president in the Federal Reserve Bank of New York’s Research and Statistics Group.

Gabriele La Spada is a senior economist in the Bank’s Research and Statistics Group. 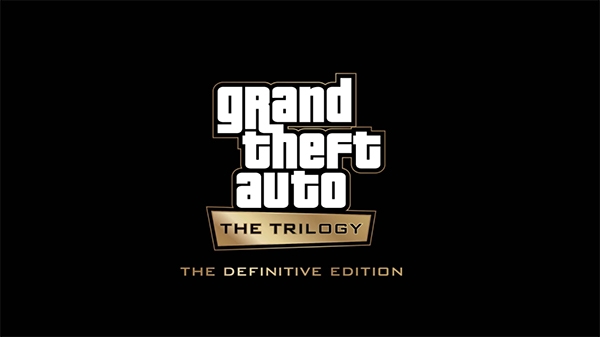 The Trilogy’s original versions are being re-listed

Rockstar Games has announced that it’s re-listing original versions of the three Grand Theft Auto games that were included in Grand Theft Auto: The Trilogy – The Definitive Edition.