The Top Seven Game Design Elements You Should Know

For Game design, you probably can count on a few top-notch and ambitious game developers and game studios. Well, for any game designers, there has to be a base for them to jump off from there. That base is created with some game design elements. Such elements are a must for any game development studio to flourish.

Be it some of the cross-platform games like Dauntless, Call of Duty: War Zone, etc, or platform specific games like God of War and Super Mario Odyssey, the developers need to be handy with the most important game design elements. The most thriving and popular games across the world like Subway Surfers, Temple Run, Angry Birds, Minecraft, and more continue to rely heavily on such game elements, and those made these games cross many boundaries. Read on to discover the seven unbeatable game design elements below.

If there is one important element that a game needs, it’s a crisp objective.

Yes! The target of any interactive game must be lucid so that you can play, reach till the end and then grab some points. A good game should also be concise, clear, engaging, and intuitive, and etched in the minds of gamers. There has to be a clear objective of a game where the gamer can win some points. Game designers need to remember why the gamers should play this game unless there is a really exciting take-away from it. It is the goal of the game that propels it to the end. It has to be attractive to the player so that he sticks to it no matter what.

Rules and restrictions are important parts of a game.

The gamers must be made aware of what can be done and whatnot. Once you set up an objective for your game, the next thing which grabs attention is the rule to make that objective work. Playing games is actually overcoming the hurdles. Initially, the rules might seem a difficult one to overcome, but once you are invested in it, rules are probably a wonderful thing to think of.

Why do you feel this is necessary? Well, such limitations actually come as a surprise and wonder to the players. Magic or Subway Surfer are wonderful games for that matter where the constraints come as a blessing in disguise.

This is another important design element you might want to understand. Without interaction, a game is just a boring piece.

Yes! You need to interact with one another to make the game even more interesting. The traditional card games which are on the rise depend on this interactivity element for their success. So, once you ensure that the player understands why he wants to play the game and is ready to go through challenges, the next step will be to make them interact with another. Maybe, they can act as an opponent to one another which can both be a challenge and an interaction.

Wondering why this is important? Social interaction is always an important component of a game as human beings are social creatures. So, traditional card games like poker, rummy, etc. still do wonders because of their interactive nature. The solo games which you play through handheld devices do not let you interact and thus are not that popular across all age groups.

Interactivity can be injected into a game like Magic through various ways like instants and creatures. Instants allow you to act while focusing on your opponent while creatures need you to bring an action to your opposite player.

4. Hold the Spirit with the Right Strategy

Any game should be able to hold the spirit and tension till the end, else what’s the adrenaline rush of the game? Strategy is the key!

To make a game excel, it needs to be competitive. There has to be scope for the players falling behind to catch up. If a player feels that he stands no chance of returning to the game or winning, it becomes highly frustrating.

How do you hold the spirit of the game? By making all the players invested and focused on the game. The players shouldn’t feel disconnected from the game. Once you feel that you no longer stand a chance to be victorious, the #1 game element is defeated. Once a gamer believes that this is the end of the game, the game will no longer have any pull over the gamer.

There has to be an exciting strategy within the game that attracts the players to return to the game. It can be:

It might happen that as the game progresses, the gains increase as well which will give some excitement to the player to think that even if he falls back, he can catch up. Players can leverage their luck and intelligence to not fall behind halfway.

Well, what a game is without moving characters giving you a movie-like action packed feel with some thrilling sound effects?

The visuals are one important element of a game and extremely important. A game design remains incomplete without high end visuals. No one likes to play mundane games with no color effect. Games with bright graphics can capture players of different segments. Music is another crucial component of a game. An attractive sound effect or good music can grab gamers and influence their mood. It is the music that sets the right frame of mind for a gamer. Without the right music, a game simply feels naked. Last, but most importantly, characters have a major role to play in any game. For games like Cyberpunk 2077, League of Legends, God of War, Hitman, Resident Evil Village, and many more, which are character oriented, motions are really important. These characters have to be designed in a way that gives a thrill to the players.

Some driving force should be there in the game to propel it towards the end.

This is the backbone of a game. This is often overlooked by game developers, but without pacing, a game loses its charm. Sticking to a game for an hour or two in today’s fast-moving world is not a joke. There have to be elements of pacing so that the players can pace through the game and stick to the end.

What do you think should be the first thing which a game designer has in mind? The length of the game. The game should be built in a way that ends. How do you ensure that? Well, the ideal length of a game should be exactly when the player is high on adrenaline. Just when the gamer doesn’t want to stop playing, the game should end. That’s the key to making a game memorable in the minds of gamers.

So, how do you ensure this? Well, you need to make sure that there is enough momentum in the game. Inertia it is! In a neutral state, the game should be able to drive a player towards completion. Players should not end the game being unhappy, midway. A poor game can even end before half of its length. So, the level of difficulty should increase gradually with the game such that a player ends it on his will when he feels it gets too difficult to cross the spells. That is how he will return to the next level.

There has to be an element of unpredictability and some hidden fun in a game.

We all love surprises, don’t we? There is always a thrill to something hidden, something unknown. Once you walk into a game, it is now time for you to sit back, enjoy the game and unfurl the unknown. Players do enjoy surprises and appreciate the depth of the game. If a player always knows about his next move, a game becomes too boring. Secret information makes the game more exciting since the complexity rises and the decision tree becomes more complex.

It is like game theory where one player is not aware of the move of the opponent. Gamers can make educated guesses using clues and game manuals to retain the positive tension in the game instead of making it plainly decisive.

In the end, games are entertainment and thus games should have fun experiences. Fun accentuates the replayability of a game. Games with more fun elements have more variety and thus lure the players to play again and again.

So, with these seven amazing game design elements, you should be able to savor the actual feel of a game. A game designer, by far, needs to be aware of all such game designing elements to create really fascinating games. If you are looking to create engaging games which can create mind-boggling experiences, then get in touch with Juego studio. Their seasoned team of game developers can help you design customized games that will become viral sensations. Browse through the game development portfolio of Juego Studios to gather more information. Get in touch with them to have a conversation right away.

PrevPreviousShang-Chi and the Legend of the Ten Rings: VFX Breakdown by Digital Domain
NextHow to generate output onto console in cocos creator 2.4Next 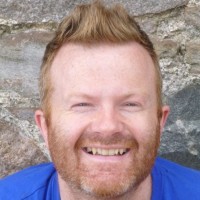 Perspectives on academic impact and expert advice to policymakers

A blog post prompted by this fascinating post by Dr Christiane Gerblinger: Are experts complicit in making their advice easy for politicians to ignore? There