Some Activision Blizzard shareholders are calling for Bobby Kotick’s resignation

Activision Blizzard CEO Bobby Kotick has been told to resign by a small group of company shareholders.

Among other things, Kotick reportedly threatened to have his assistant killed over voicemail, protected former Treyarch co-head Dan Bunting from serious sexual harassment allegations, and failed to inform company’s board of directors about rape allegations.

In spite of those allegations, the Activision Blizzard board quickly backed Kotick as the person best suited to lead the company forward, while Kotick himself branded the Wall Street Journal’s reporting “inaccurate.”

As reported by The Washington Post, however, some shareholders aren’t convinced. In a letter shared with the publication, a group of shareholders led by the Strategic Organising Centre (SOC) Investment Group — who combined own 4.8 million shares (less than a 1 percent stake) — are demanding Kotick resign.

“In contrast to past company statements, CEO Bobby Kotick was aware of many incidents of sexual harassment, sexual assault and gender discrimination at Activision Blizzard, but failed either to ensure that the executives and managers responsible were terminated or to recognize and address the systematic nature of the company’s hostile workplace culture,” reads the letter.

The group is also calling for Activision Blizzard board chairman Brian Kelly and lead independent director Robert Morgado to retire by December 31, 2021, and plans to vote for the reelection of the current directors on the board at the next annual shareholder meeting in June 2022 if those demands aren’t met.

The SOC believes Kelly and Morgado should step down because they are the two longest standing members of the board, having served since 1995 and 1997 respectively.

SOC executive director Dieter Waizenegger said the group would like to see Kelly and Morgado replaced with diverse directors, and speaking to The Washington Post emphasized their belief that the current regime has failed.

“After the new revelations, it’s clear that the current leadership repeatedly failed to uphold a safe workplace — a basic function of their job,” commented Waizenegger. “Activision Blizzard needs a new CEO, board chair, and lead independent director with the expertise, skill set and conviction to truly change the company’s culture. We need to really have a reset button on the board.” 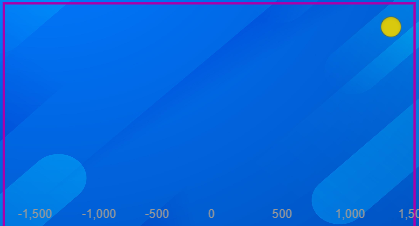 UI is not aligned properly – #5 by Quitalizner – Cocos Creator

Hello everyone.I’m enabling both fit-width and fit-height in the game and the background image is larger to avoid black spaces. I have added a test