What Quantity of Reserves Is Sufficient?

A concern of the Federal Reserve is how to manage its balance sheet and whether, over the long run, the balance sheet should be small or large. In this post, we highlight results from a recent paper in which we show how, even during a period of “ample” reserves, the Fed’s management of its balance sheet had material impacts on funding markets and especially the repo market. We argue that the Fed’s “balance-sheet normalization” from March 2017 to September 2019—under which aggregate reserves declined by more than $950 billion—combined with post-crisis liquidity regulations, stressed the intraday management of reserves of large bank holding companies that are active in wholesale funding markets resulting in higher repo rates and spikes in such.

Before the 2007-09 crisis, the Fed provided a small aggregate supply of reserves, typically under $50 billion. This was sufficient for banks to manage their intraday liquidity demands and for wholesale funding markets to function with reasonable efficiency. With the Fed’s crisis facilities and post-crisis quantitative easing programs, aggregate reserves increased substantially, hitting $2.8 trillion in 2014.

By itself, such a large increase in reserves would make it easier for banks to manage their intraday liquidity constraints and provide funding to others. But as part of post-crisis regulatory reform, the Fed also introduced several liquidity requirements that provided incentives for large bank holding companies to hold substantial reserve balances at the Fed throughout each day. The level of reserves necessary to maintain liquid funding markets and meet intraday payment needs was difficult to determine.

What Do Repo Rates Tell Us About the Level of Reserves in the System?

To answer this question, we examine the impact of reserve balances on wholesale financing transactions in which U.S. Treasuries are posted as collateral. In the United States, these trades are overwhelmingly documented as repurchase agreements (Treasury repos). In an efficient funding market, arbitrage would essentially equate overnight Treasury repo rates with the overnight interest rate offered by the Fed on balances held at the Fed (IOR). As a result, our metric for funding market stress is the spread between overnight Treasury repo rates and IOR.

Rather than consider how changes in aggregate reserves correlate with this repo spread, we focus on the reserves held by the ten largest repo-active bank holding companies, which we call “dealer banks.” These dealer banks hold substantial balances at the Fed and are active participants in repo markets. As a result, these dealer banks trade off the benefits of holding their reserve balances at the Fed to meet their intraday payment needs and lending reserves to repo market participants.

Balances Held at the Fed Declined from 2017 to September 2019

Focusing on late 2018 and 2019, when Fed balances were lowest, the next chart illustrates that Treasury repo rates as a spread to IOR generally remained positive and frequently spiked upward. This suggests that reserves were often in sufficiently low supply that BHCs were unwilling to invest their reserves in repo except to earn repo rates far above IOR. As a point of comparison, after the Fed vastly increased reserves in response to the COVID-related market disruptions in March 2020, the spread between the Treasury repo spread and IOR collapsed to essentially zero and spikes in repo spreads no longer occurred.

Why Don’t the Dealer Banks Invest More Reserves Into Repo When Rates Are High?

Holding reserves as Fed balances benefits dealer banks beyond earning IOR, by helping them to manage their intraday liquidity demands to meet their regulatory liquidity requirements, and to maintain the bank’s reputation with supervisors for maintaining high levels of liquidity.

A major driver of a BHC’s intraday liquidity is its payments operations. BHCs both send and receive payments throughout the day as part of their normal operations. As documented in this article, to help manage their balances, banks often delay sending payments until they have received some offsetting payments. This cross-bank complementarity in payment timing, documented in this Liberty Street Economics post and this New York Fed Staff Report, was significant even in the post-crisis regime of ample reserves. A main driver of the timing of payments is the aggregate amount of aggregate balances. Delaying outgoing payments in reaction to incoming payments also suggests strategic complementarity across banks in their payment timing, which exacerbates systemic liquidity stresses when reserve balances are low.

We argue, with strong support from the data, that intraday liquidity demands combined with post-crisis liquidity regulations and supervision drove dealer banks to pull back from investing reserves into the repo market whenever their balances were at lower levels. This resulted in higher repo rates and more frequent repo rate spikes. These spikes were especially pronounced in mid-September 2019, when reserves balances reached their lowest levels during the balance-sheet normalization period. The most powerful single explanatory variable in our data for the spread between repo rates and IOR is a measure of the delay in incoming payments to the dealer banks.

Because dealer banks tend to continue to send payments without delay, even when experiencing delayed incoming payments, they can face a squeeze on their intraday liquidity when system total balances are low. As a result, reserves held as Fed balances are more valuable to them under these conditions, and so are likely to require significantly higher rate compensation when invested into repos. This is captured in the left panel of the chart above—greater delays in payments received by the dealer banks are associated with higher repo rates and spikes in repo rates.

This intuition is captured more formally in our paper, where, among other results, we show that a one-standard-deviation delay in the time by which dealer banks receive half of their daily payments (58 minutes) predicts an 8.2 basis point elevation in the repo rate over IOR, after controlling for other effects. Furthermore, we show that these payment delays are associated with a greater likelihood of repo rate spikes when dealer-bank total reserve balances are low.

Our results imply that, under the structure of short-term funding markets of recent years, only with a substantial total amount of reserve balances are the dealer banks able to avoid intraday liquidity stress and provide efficient levels of liquidity to wholesale funding markets. Because the Fed responded to the March 2020 COVID pandemic with huge asset purchases, the total amount of reserves is at an all-time high. Nevertheless, the Fed’s past expressed preferences for balance sheet “normalization” may at some point in the future again raise tensions over the appropriate minimum level of aggregate reserves.

This raises potential alternative policy approaches for the Fed, among them:

Adam Copeland is an assistant vice president in the Federal Reserve Bank of New York’s Research and Statistics Group.

Darrell Duffie is the Adams Distinguished Professor of Management and Professor of Finance at the Stanford Graduate School of Business.

Yilin (David) Yang is a Ph.D. candidate at the Stanford Graduate School of Business.

How to cite this post:
Adam Copeland, Darrell Duffie, and Yilin (David) Yang, “Reserves Were Not So Ample After All,” Federal Reserve Bank of New York Liberty Street Economics, September 29, 2021, https://libertystreeteconomics.newyorkfed.org/2021/09/what-quantity-of-reserves-is-sufficient

Related Reading
Reserves Were Not So Ample After All (Staff Report)
What Can We Learn from the Timing of Interbank Payments? (February 2019)
The Payment System Benefits of High Reserve Balances (Staff Report)

PrevPreviousPopular Design News of the Week: November 8, 2021 – November 14, 2021
NextThis behind the scenes video showcases Weta Digital’s history of VFX tool development in the wake of the Unity acquisitionNext 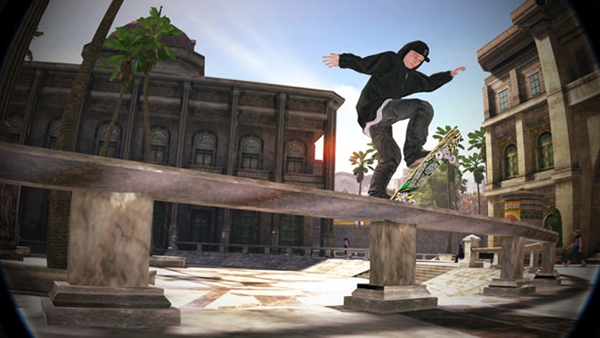 Good news for anyone who enjoyed EA’s Skate series–Skate 2 was among the 76 titles added to Xbox’s backwards compatibility program earlier today, making it playable