In a Virginia gubernatorial debate on September 28th, Democratic candidate Terry McAuliffe declared that parents should not “be telling schools what they should teach.” “Listen,” he continued, “we have a Board of Ed working with the local school boards to determine the curriculum for our schools. You don’t want parents coming in every different school jurisdiction saying, ‘This is what should be taught here’ and, ‘This is what should be taught here.’”

In a letter sent to the Biden Administration the next day, the National School Boards Association likened parents’ protests about Covid-19 policies and critical race theory to “domestic terrorism.” In response, the Attorney General directed the FBI to work with local law enforcement to address this “criminal conduct.”  In a similar vein, the Connecticut Senate Democrats recently tweeted a cartoon depicting concerned parents going to a school board meeting as famous villains from horror movies.

Two authors in the Washington Post accused these parents of asserting a radical and novel form of parental rights that deviates from “common law and case law in the United States.”

What rights do parents have in directing their children’s education?

Parental Rights at the Supreme Court

The Supreme Court of the United States first upheld this right of parents in a series of landmark cases in the mid-1920s. In Meyer v. Nebraska (1925) the Court struck down a state law prohibiting instruction in German to students before the ninth grade; in the lesser-known decision of Farrington v. Tokushige (1927), the Court overturned a similar law in Hawaii that forbade instruction in Japanese. In Pierce v. Society of Sisters (1925), the Court struck down an Oregon law that effectively outlawed private schools.

The primary motivation behind these laws was the nativist impulse to assimilate the children of immigrants, to “standardize” children, into white, Protestant, American culture. In Oregon, for example, the Ku Klux Klan was among the most powerful and vocal supporters of the law forbidding private (read: Catholic) education. In a pamphlet widely distributed in Oregon, the Grand Dragon of the Ku Klux Klan wrote of Catholic parents and their school-aged children: “somehow, these mongrel hordes must be Americanized; failing that, deportation is the only remedy.” “Democratic education,” he wrote, is the “one unfailing defense against every kind of alienism in America.”

In overturning these laws, the Supreme Court established what William Galston has described as “a rebuttable presumption” in favor of parental liberty: parents have the right to direct their children’s education for the simple reason that parents typically know the unique needs and capacities of their children and desire what is best for them. As the Court wrote in Pierce, “those who nurture [a child] and direct his destiny have the right, coupled with the high duty, to recognize and prepare him for additional obligations.” At their best, parents “recognize” what “additional obligations” their children are capable of and called to and then “direct” them to these ends.

In these same decisions, the Supreme Court also upheld the general authority of the state to compel school attendance and require schools to teach, in the language of Pierce, “certain studies plainly essential to good citizenship.”

The Supreme Court was able to balance the specific rights of parents to direct their children’s education and the general authority of the state to form educated citizens by drawing from seven decades of state supreme court decisions on the issue. Indeed, the Meyer Court alludes to this rich history when it identifies the right of parents to direct their children’s education as one of “those privileges long recognized at common law as essential to the orderly pursuit of happiness by free men.”

The Supreme Court of Nebraska’s 1914 decision of State ex rel Kelley v. Ferguson beautifully summarizes this: on one hand, since the public school is “one of the main bulwarks of our nation,” the court pledged to “not knowingly do anything to undermine it.” On the other hand, it promised not to permit “our love for this noble institution” to destroy “the God-given and constitutional right of a parent to have some voice in the bringing up and education of his children.”

A Rising Tide of Homeschooling

The dramatic increase in the number of homeschooled students since the beginning of the Covid pandemic and the recent fervor over public-school curriculum corroborate the longstanding, common-sense presumption of American courts: parents do indeed care for their kids and, being present in their lives, have some inclination as to what is best for them.

According to the U. S. Census Bureau, the number of homeschooled children more than tripled in a year, since the start of the pandemic: 3.3% of children in the United States were educated at home in 2016. That number grew to 5.4% in spring 2020, 11.1% by October 2020, and 19.5% by May 2021. The population of Black students educated at home rose from 3% in May 2020 to 16% in October 2020. These latest numbers reflect students not in private or public school (and not students accessing public-school instruction online at home).

Why do parents choose to educate their children at home? Before the pandemic, in 2017, the National Center for Education Statistics (a federal agency) reported that 80% were concerned with the environment at school, “such as safety, drugs, or negative peer pressure;” 67% wanted to provide moral instruction; 61% were dissatisfied with the academic instruction at school; 51% want to provide religious instruction.

As of yet, the NCES has yet to report data since the start of the pandemic, but one can imagine a similarly diverse set of motivations: are not some parents, perhaps of immuno-compromised children, worried about the spread of Covid-19 in schools, just as other parents are concerned about the effects masking might have on their kids’ ability to socialize and make friends? Are not some parents worried about teaching that a child’s white skin makes her an oppressor, just as others are concerned that the mistreatment of Black people in America might be glossed over in history class? Are not many parents concerned about the consistency of their kids’ education as schools unpredictably vacillate between in-person and online learning in response to infection rates?

Parents of many religious, economic, and political backgrounds care about their kids.

But what role should parents have in directing their children’s education inside public schools?

David French argues that parents should “send their kids to schools where they will thrive” rather than attempt to “dictate public school curriculum.” The substantial increase in at-home education suggests the prudence of this approach. This solution, however, leaves many parents without viable options for the foreseeable future; in addition, encouraging parents to withdraw their kids from public schools when they disagree with the curriculum might further polarize American life. At their best, public schools teach our increasingly diverse citizenry about our common history and shared commitment to equal liberty under the law.

But while the First Circuit Court ruled in 1995 that no parent has the right to dictate public school curriculum, there is a rich history of case law in the United States that upholds the right of parents to exempt their own children from certain activities in public school.

For example, in the early 1870s, parents in Wisconsin wanted their son excused from his geography class so that he could have more time to learn the skills necessary to keep the accounts of the family business. When the boy did not turn in his geography homework, his teacher beat him, and his parents sued. In court, the defense argued that “by the very act of sending his child to school,” the parent implicitly agrees to submit to “the judgment of the teacher.” When the case finally reached the Supreme Court of Wisconsin in 1874, the court disagreed, explaining that parents have the “paramount right to make a reasonable selection from the prescribed studies for [their children] to pursue” because parents likely “know the health, temperament, aptitude, and deficiencies” of their own children. “The parent,” the court wrote, “is quite as likely to make as wise and judicious selection [of his children’s curriculum] as the teacher.”

In California in 1920, parents objected to their children’s participation in the public school’s mandatory dance classes because it violated their religious beliefs. The parents proposed alternative ways to satisfy the state’s physical-exercise requirements, which the principal refused to consider. The children were expelled from the school for their absence from the class, and their parents sued. In the 1921 decision of Hardwick v. Board of School Trustees of Fruitridge School District, the Supreme Court of California ruled in favor of the parents: as long as the parents’ requests “relate to matters in rearing and education of their children,” are “not offensive to the moral well-being of the children,” and are not “inconsistent with the best interests of society,” the public school must accommodate. To rule otherwise, the Supreme Court of California asserted, would be to subvert “the home life so essential to the safety and security of society and the government which regulates it—the very opposite effect of what the public school system is designed to accomplish.”

Mere Creatures of the State?

“Common law and case law in the United States” uphold both the general authority of state governments to educate future citizens and the specific right of parents to direct their own children’s education. According to these state supreme-court decisions, state governments may, for example, enact compulsory school-attendance laws and minimum standards for homeschooling, but parents have wide discretion in determining where, when, how, and why their children will be educated. The reason is that, although there are exceptions to the rule, parents typically know and love their children—not “children” in the abstract or even individual students in a classroom. Their kids.

Long ago, the Supreme Court in Meyer rejected the austere educational measures of the Spartan regime that submerged the individual into the city. “The child is not the mere creature of the State,” the Supreme Court added in Pierce, two years later. In America, where homeschooling is legal in all fifty states and where countless parents have had their children exempted from particular activities in public schools, we’re far from these realities—and this thanks in large part to the legal protections secured almost one hundred years ago by the Supreme Court. But if the recent denigration of parents is a harbinger of things to come, then liberty-loving people need to make the case, once again, for the right of parents to direct their children’s education, including in public schools. Joseph Griffith is an assistant professor of politics at The King’s College in New York City.

Get notified of new articles from Joseph Griffith and AIER. 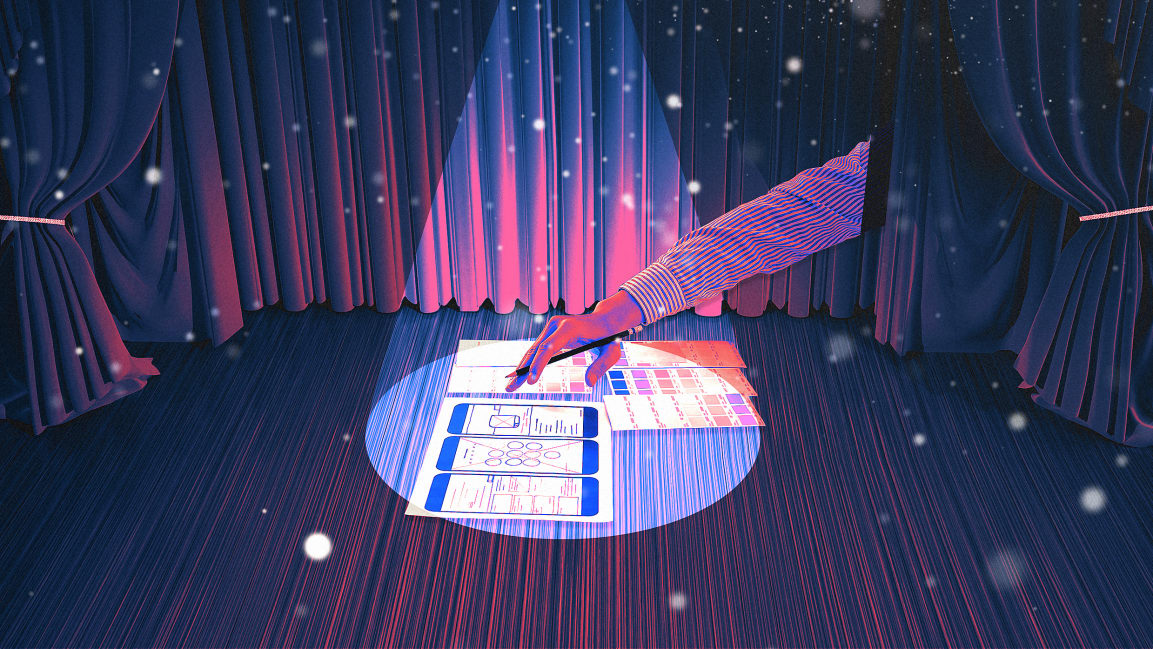 UX Theatre, or the rise of UX design without users – putting people first – by Experientia

Tanya Snook, user experience designer in the Government of Canada, defines UX Theatre as “the application of any sort of design methodology without including a