“Squid Game” Mobile Games: Who Made It Into The Charts?


Netflix recently released the new show, Squid Game, on September 17th 2021. Over 132 million people watched the show in the first 23 days of its release, with 4.4 million new people subscribing to the platform (presumably to see the series). It’s easily a new record for Netflix, overtaking Bridgertons number 1 spot. Netflix have even announced that they’re going to make their own “Squid Game” game, as an attempt to increase its popularity in regions like North America.

Netflix aren’t the only ones reaping the benefits of this Korean Battle Royale style show. We’re being flooded with memes, halloween costumes, and merch around the hit, all across the globe. But more importantly, mobile games. We’ve seen hundreds of hyper-casual games enter the app stores, all inspired by the Squid Game theme.

With the topic still trending and being at the forefront of everyone’s minds, we wanted to dive into the data side of things. Using insights from GameIntel, we’ve kept a close eye on the top-charting games in the App Store, specifically out of the 200+ titles, who made it to the top.

We’ve pulled this data from GameIntel

All of the data featured in this blog is from GameIntel. It’s our market intelligence tool, built for developers of all sizes to research industry trends and track the charts in the mobile gaming market. You can see the top hits for all major nations, check out global hits and top-performing publishers, and even discover performance and usage estimates for top games. And much more.

We’re specifically looking at the Top Charts and Global Hits. We’re interested to find out which Squid Game inspired titles made it into the top charts, in which countries, and for how long.

Why does “Squid Game” make such a good mobile game?

If you haven’t had a chance to watch the show, there are six rounds (games) that the contestants need to make it through. All of which are based on Korean children’s games. There’s tug of war, candy carving, and different dice games (plus the now famous Red Light, Green Light). And due to the nature of hyper-casual games (being quick to develop due to their simple gameplay and mechanics), each round can easily be turned into a hyper-casual game.

Netflix has essentially handed over a platter of hyper-casual games with it’s very own trend to developers. Millions of players are wanting to try out these ‘trials’ for themselves, and they’re turning to the gaming industry to make it come true.

The earliest game we can see in the top charts for the App Store is 闯关游戏模拟器-抠糖饼 by 成蛟 何 (which loosely translates to “Breakthrough Game Simulator-Sugar Biscuit”). It launched in China, Hong Kong, and Taiwan on the 29th of September, only 12 days after Squid Game was released (yeah, that fast), and soon after reached #2 in the charts.

It copies all of the challenges from Squid Game. Interestingly though, the developers have chosen to include the keywords “Sugar” and “Biscuit” and “Simulator” into the title. This may be due to the popularity of the second round in Squid Game, suggesting that this is what players are searching for in the App Store.

Despite it being launched on the 29th September, it didn’t reach the top 20 charts in China until the 2nd of October. Which is incredibly impressive, to go from initial launch to charts in just a few days. The game stayed in the top charts for the first couple of weeks, and then fell down to #67 from the 18th of October onwards (just a month after the show was aired). Most likely due to other games making their way into the charts.

Next game to hit the global charts was K-Games Challenge, by Supercent. In similar fashion, it looks at all of the rounds featured in Squid Game. It was launched on the 2nd of October, and it reached the charts in Portugal and Brazil on the 4th October. It was the first “Squid Game” title to make it global, just 2 and half weeks after the initial release of Squid Game. On October 5, it hit the charts for the United States, France, Canada, Russia, Germany, Belgium, Denmark, Finland and more. And it reached number 1 in almost every country on October 6th. It is arguably the first game to truly take advantage and set this trend.

It currently has a 4.5 rating with 17,300 reviews on the App Store in the United States. Similar to the previous title we chatted about, it stayed in the top charts until the 18th of October. It’s now ranking at #190 in games, and #60 in Simulation.

Then we have Candy Challenge 3D, created by Idil Morgul. Released on the 2nd of October, this title didn’t make the charts until October 7th (20 days after it aired). Unlike the first two titles we’ve talked about, this game is more focused on the second challenge in the show: cutting a shape out of a honeycomb without breaking it. It’s adopted the keyword ‘Candy’ in its name, and most of the images and description is around this specific challenge.

It does bolster other challenges, but these are secondary to the core concept. It’s worth noting, it’s stayed in the charts ever since, and has hit number 1 repetitively in multiple markets. Using our machine learning, we’ve also awarded this game a score of 32,000, beating K-Games Challenge.

This could be down to the game’s positioning, using the second candy game from Squid Game. But it’s been the highest ranked game to hit the charts, and been consistently in the top 10 for the longest time. It has the highest rating, too, being 4.58 and having over 37,000 ratings in total.

Since then, we’ve mainly only seen two games make it into the top charts regularly; Candy Challenge 3D by Idil Morgul, and Survival Game – 3D Challenge by Kien Nguyen. Which just goes to show how very fleeting trends can be in the mobile gaming industry, and how important it is to jump on them from the get go.

“Challenge” is the top keyword for chart-hitting Squid Game titles

Out of the top games with the “Squid Game” style that we’ve seen in the top 20 charts since launch, 70% of them feature the keyword “challenge”. Due to IP reasons (or so we think), these games can’t use “Squid Game” in the title (or at least shouldn’t). But they’ve all incorporated part of the show into the descriptions and titles.

Some games are just copying the artstyle

Even if the game isn’t about Squid Game, we’ve seen titles incorporate the iconic mask into their thumbnails and other elements, in an attempt to jump on the trend quickly. Bazooka Boy, by Supersonic Studios, was originally released in August 2020. Its icon used to be of a yellow avatar holding a bazooka. In their latest update on October 15th, they’ve changed their icon to incorporate a ‘legally distinct’ Squid Game mask and assault rifle. A reference to the guards in the show.

Their ranking has been steady. But since the switch, they’ve re-entered the top charts, hitting #14 in India on October 6th. But this is still a unique way to increase your games traffic and popularity, without making major updates to your game.

Or they’re using Squid Game in their ads

This insight came to us by chance, but it’s no surprise. Some developers are jumping on this trend, and using the show’s theme and featured games in their advertising strategy. Take Shelter War: Last City as an example. We stumbled across one of their ads, which clearly features the ‘Red Light Green Light’ mini game. But when we dived into the title and did a bit of digging, we couldn’t find any evidence of this in the gameplay or their release notes.

It could be that this was a limited-time event. Or perhaps locked in the far, later levels of the game (we hope that this is the case). But it’s clear that some devs are piggybacking this shows success in lots of different ways, especially to optimize their user acquisition campaigns.

Squid Game is still taking the market by storm

It’s only been a few weeks since its initial release, but we’re seeing more and more games enter the charts, all based on the Squid Game theme. These are only a few of the findings we’ve discovered in GameIntel.

We’ll be keeping a close eye on what happens next. So make sure to watch this space (or sign up to our newsletter – just below) for any updates. You can also sign up to GameIntel and do your own digging. We have a free version you can explore, check it out! 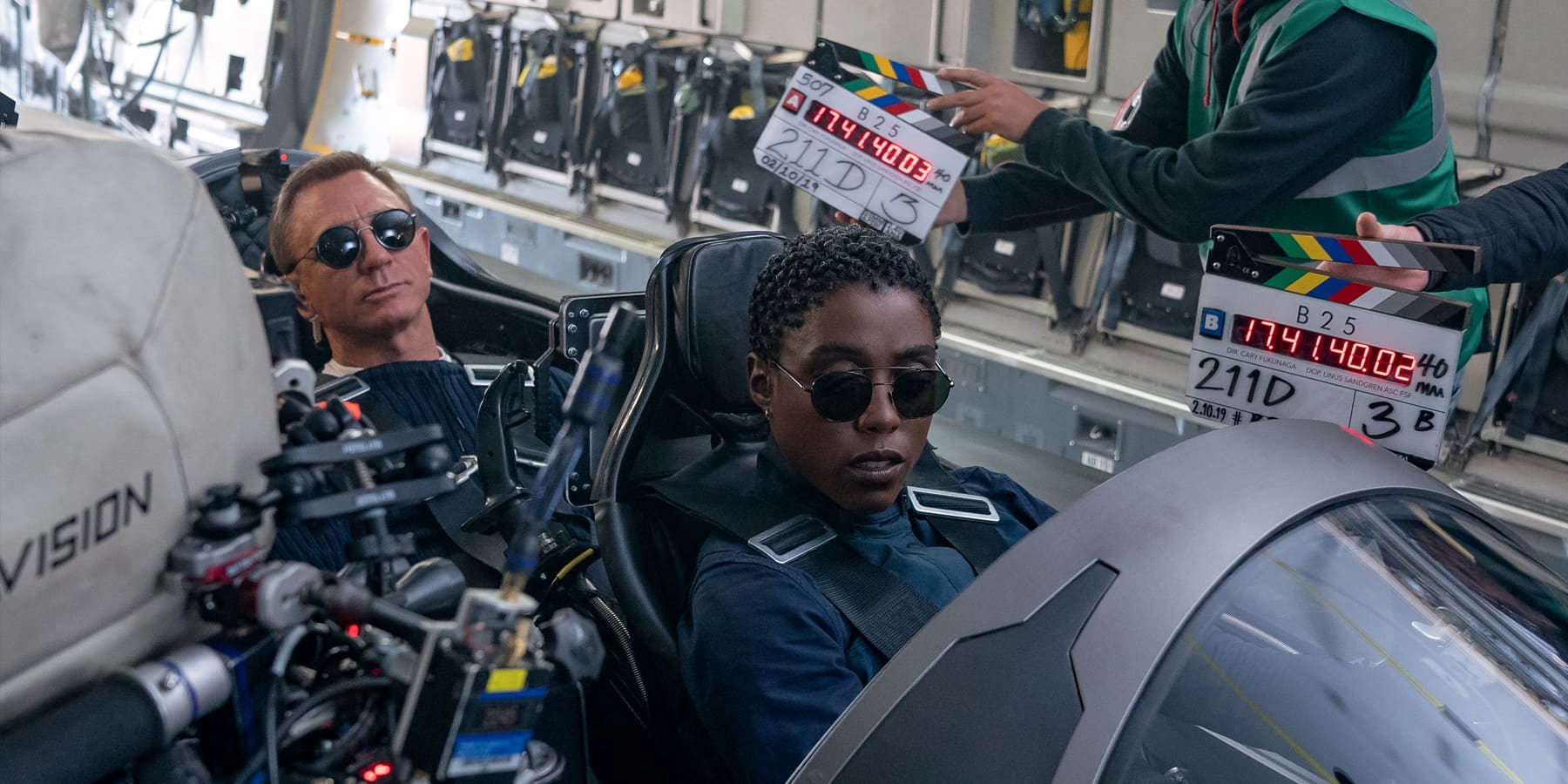 The end of Bond-age – fxguide