While the rest of the game development world has chased after emergent gameplay, deckbuilding mechanics, microtransactions, and whatever else, Super Monkey Ball has kept on (literally) rolling. Sega’s cult classic platforming series has been enchanting fans since 2001, and it’s no surprise that modern fans would jump at the chance to play the original games on new platforms, like it has with Super Monkey Ball Banana Mania.

To remaster the first three entries in the Super Monkey Ball series, Sega tapped Masao Shirosaki, best known for being game design supervisor on the Yakuza spinoff game Judgment. Shirosaki served as director and producer of the remaster project–a very different kind of process from what he’d done on the Yakuza series.

We caught up with Shirosaki to chat about what it’s like to jump from modern game production into the remastering process, and learn a bit about what’s changed in 20 years of Super Monkey Ball games.

Game Developer: How did you wind up directing the remake of Super Monkey Ball? What kind of process was it to start development on this remake?

Shirosaki: Our studio had plans to remake the original Super Monkey Ball for quite a while, but for various reasons we had a hard time getting the resources needed to get underway. Then one day, after work on Judgment
(2018) wrapped up, me, the programmers, designers, sound staff, etc. had some time so we started work on Super Monkey Ball Banana Blitz HD (2019).

After releasing that game, we received a ton of requests from Super Monkey Ball fans around the world to remake the original SMB 1 and 2, a project that became this year’s Super Monkey Ball Banana Mania. Banana Blitz HD actually received a lot of support from fans, especially overseas, so it was decided that the same team would continue together to create Banana Mania.

This project never would have come to be if it weren’t for the voices of all those fans so I am very grateful for that support. As for myself, there were a lot of things I wanted to do but couldn’t on the last title, so I was very happy to have the opportunity to work on this one.

A big challenge when updating classic games is not knowing every design or programming decision made by the original team. Were there any instances of this when remaking the Super Monkey Ball games? And how did the team solve them?

There were some original staff still in the office, so we weren’t completely in the dark. And of course I talked with the original Super Monkey Ball creator, Toshihiro Nagoshi. Plus we researched what players still playing the original games were saying, along with pulling out our GameCubes to play ourselves.

After that, we analyzed the original source code and had a lot of conversations on how to make the designs more modern. It was important to me to not just bring the old game back as it was, but to find ways to improve upon the original so that fans would be even more impressed with the new game. 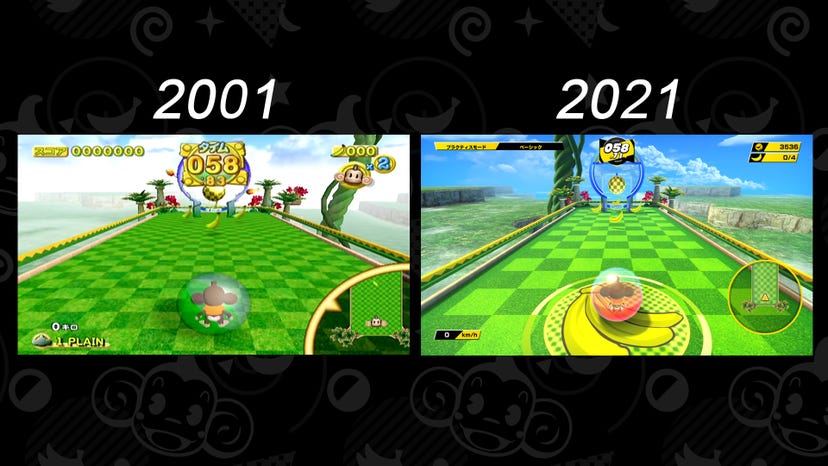 To that end, we upped the graphics and made the design more colorful and vibrant, added new modes, made it so you could customize the characters and added a helper feature. None of these ideas floated down from heaven or anything, the team really thought them through to ensure they’d work. Ultimately, I think our strongest point was that the entire team was overflowing with passion for Super Monkey Ball and committed to making a great game for our fans.

Super Monkey Ball is a series that relies heavily on simulated physics, and those physics making sense to the player. Were there any challenges in recreating the specific way this game’s physics functioned from the original game?

We were working with a different game engine from the original, so it did require some time to get right. Luckily, we had already done a lot of research for the previous title so we were able to apply some of those learnings to this game.

However, the physics are the core game mechanic so it wasn’t a simple job. Our dedicated programmer analyzed the original source code and adjusted the parameters one by one, but since we couldn’t always know what each parameter was there for, there was a lot of trial and error to get everything feeling the way it should.

Are there any assets from the original games’ development (art assets, design documents, etc.) that surprised you in some way?

Looking at the level designs for the original stages did give us new surprises. The original game was designed so you could gradually build your skills as you played and I was just so impressed with that. There are some original stages that are extremely hard but the satisfaction when you beat those stages is beyond words.

One interesting bit of trivia I learned from Toshihiro Nagoshi is that the original designer majored in architecture in college, and utilized that technical knowledge to create the first stages, which definitely contributed to their unique look and feel. 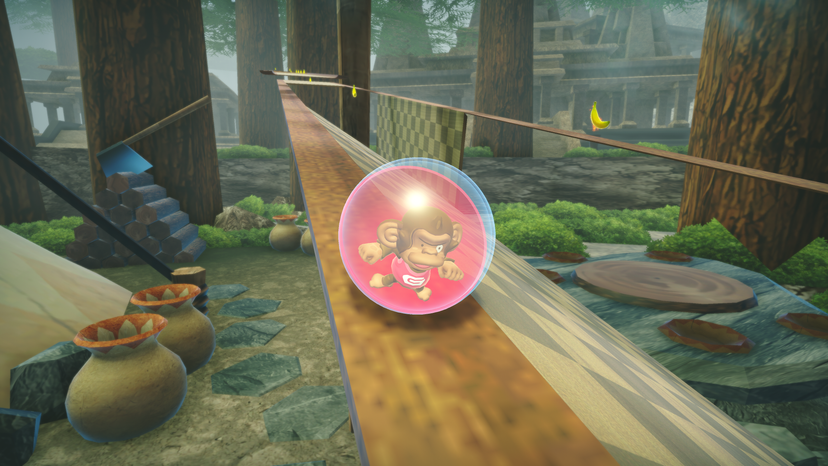 So much in games has changed since Super Monkey Ball’s original heyday—why do you think the series is still appealing?

Super Monkey Ball has that indescribable quality that makes you think you’ll be able to beat it if you play just one more time. The rules of the game are easy to understand and the controls are intuitive, so it has a pick-up-and-play appeal for a lot of different types of players. You can come up with strategies very quickly, like maybe this would work, maybe I should try it that way…but it hardly ever works out as planned. Maybe you’ve also had that experience of being sleep deprived because of that “just one more time!” moment *laugh*

The play cycle for Super Monkey Ball is also very short compared to other games, so the planning, execution and confirmation can be done quickly. I think one of the reasons why this game is still so appealing to everyone is that its fast pace matches what modern players want out of a new game.

And, because AiAi and the gang are just too cute! *laugh*

If you got a chance to remake another Sega game, is there any one you’d love to work on?

From the titles I’ve worked on, I’d have to say the Kurohyo series, although it isn’t well-known overseas. That was a game I was in charge of when I was just starting out at Sega so I have a lot of fond memories.

Other than that, of the games related to the creator of Monkey Ball, Toshihiro Nagoshi, I also want to work on Daytona USA and SpikeOut *laugh*

But right now, I’m more excited to work on something new as opposed to remakes.

I cannot let it work in any ways.I did also try to put some logs on the android class, c++ class and ts files.The flow