Making Marvel’s Guardians of the Galaxy so ‘flarking’ funny


Marvel’s Guardians of the Galaxy does more than just live up to the movie that shares the same name. It’s a surprisingly high-energy, exciting adventure filled with heart, humor, and incredible sights to behold. Eidos Montreal has done more than make another action-brawler for the crowded holiday market, it’s truly flexed its wings as a studio and shown how vivid personality can seep into every part of a game’s DNA.

That’s not just because Marvel’s Guardians of the Galaxy has great writing (it does though). It’s also because you can feel every different department getting in on the joke and raw style the game wants to show off.

The person responsible for guiding all those teams is none other than creative director Jean-François Dugas, who caught up with Game Developer over e-mail to explain how the studio combined to create a vibrant, can’t-miss game.

First things first—what kinds of challenges do the interactive choices create in a huge 3D adventure like this? Since every branching choice means new variations on audio and facial animations, how did the team keep these choices interesting and in scope for the project?

The first challenge is to figure out the design of all the possibilities, their ramifications, and making everything feel coherent. At that point, it’s just about brain juice and headaches!

The second part is definitely production. The key to pull it off is to know your intentions from the get-go, and scope accordingly right away. Since things never go a hundred percent the way you plan them, you have to make compromises along the way. In a nutshell, we plan, we build tools and systems that will help to deliver, but also, we remain flexible as we go. It is a constant effort to maintain the vision of the game and keep it as intact as possible.

The art direction for this game is incredible—there’s this mix of otherworldly shapes and colors that contrasts well with the quippy, approachable dialogue. In the stage of development where you’re expanding graybox levels into something that looks like the final version, how do you make sure that incredible art doesn’t overwhelm the readability, and knowing where to go in levels?

During the 3D blocking stages, we validate the paths, and the flow mainly. Then, art gets in. The level art team respects as much as possible what was validated in gray blocks. However, it will happen at times where we go, “Oh! It is gorgeous! But I can’t see the path any longer…” We iterate again, conduct playtests, and again, until we see players navigate the environments naturally.

The Quarantine Zone in Chapter 1 is a prime example of a level that was hard to nail. It is very busy, cluttered, and chaotic by nature. In the early iteration of this level, players were getting lost. Now, in the final game, I hardly see anyone confused at all. It flows very smoothly. 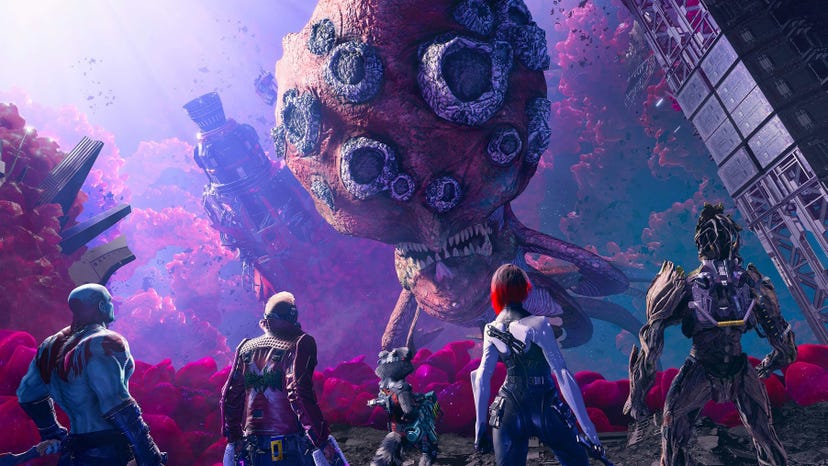 This game is really funny, and it’s not just funny in the writing. Peter Quill has his little turd-kicker animation he does when fighting the squishy monsters, there’s camera details in the cinematics—an early transition from cutscene to gameplay that began with a random NPC hitting Quill in the back with his rifle even made me laugh out loud.

It feels like the whole team, from animation to audio to writing, got to be in on the joke. What did the team learn about getting in all these different kinds of gags that required the help of different departments?

It starts with a great understanding of who the characters are. You also need a good script that makes the characters shine through the various situations we put them through. Then, the cinematic department will create storyboards where they bring their own creativity to the table. Once storyboards are ready, we validate the direction of the many scenes we have. Then, we create animatics with temp voices performed by the devs. This is where the real work for comedy starts.

What we learned, because we’re not professional comedians, it is all about timing.

We were also lucky to work with great actors who brought a lot of the fun and charm to the scenes.

And lastly let’s have an audio question—when you’re exploring a level, it feels like there isn’t a second of dead air because either your comrades are talking, or there’s teammates popping in on comms to mock and/or help you. What’s the right balance in having those moments be functional, and not distracting?

I think that everything they say needs to remain relevant for characters and/or story development. You always need to learn something as they talk. The fact that we are also engaging players directly in many of those moments makes them more special and personal and less like background noise. Then, when emotional events happen, less is more. When they are silent or not as chatty, it is intentional to create the right effect. Playing with that social aspect will speak to what is happening on-screen or where they are in their own heads.

Finally, this is also a challenge for our audio team. You want environmental soundscape, you want music, there’s Peter’s elemental blasters to take into consideration as well since they can be used outside of combat, etc.

We needed to figure out the priorities and what needs to be in the front seat or the back seat at any single moment in the game. Sometimes it is all about sound effects and music, but most of the time, it is about making you feel surrounded by your Guardians since you are their “so-called” leader. 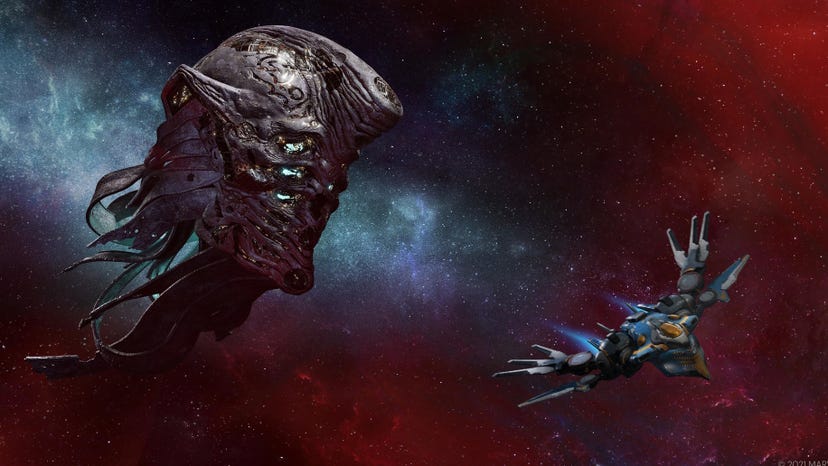 Slice It All! How to Reduce Your CPI in Runners