Good morning. This article is an on-site version of our FirstFT newsletter. Sign up to our Asia, Europe/Africa or Americas edition to get it sent straight to your inbox every weekday morning

French authorities have opened an investigation into Sanjeev Gupta’s business empire, deepening the challenge facing the UK metals magnate once hailed as the “saviour of steel”.

The Paris prosecutor’s office told the Financial Times it was probing Gupta’s French operations over allegations of “misuse of corporate assets” and “money laundering”.

France is home to several important assets in the GFG Alliance, the collection of plants and smelters Gupta amassed during a multibillion-dollar acquisition spree financed by Greensill Capital. Greensill’s collapse in March plunged GFG into crisis and triggered investigations in Germany and by the UK’s Serious Fraud Office.

Paris prosecutors said they launched their probe in July after suspicious activities were reported by public officials.

Thanks for reading FirstFT Europe/Africa. Here’s the rest of the news — Gary

Five more stories in the news

1. X-rays sent abroad amid acute radiologist shortage The UK’s NHS is sending patient scans for analysis by radiologists as far afield as Australia and New Zealand as it seeks to overcome staff shortages and clear a record-long backlog for hospital care.

2. Galderma in talks over potential $22bn IPO After two years of bumper growth thanks in part to the pandemic, Galderma, the Swiss skincare specialist, has begun talks with international investors for a possible $22bn initial public offering in the first half of next year.

3. Hedge fund makes $400m from natural gas Volatility in natural gas prices has helped one US hedge fund, Miami-based Statar Capital, which manages about $2bn in assets, bag profits of more than $400m in October alone.

4. Vatican to lose £100m in London property sale The Holy See is about to sell a London building to private equity group Bain Capital, with the sale expected to result in a loss of about £100m for the Catholic Church. The building is at the heart of an international criminal probe that has forced the Vatican to overhaul the way it manages its finances.

5. Fed leadership question risks markets uncertainty Jay Powell’s reappointment is considered a safe choice, but pressure is now on the Biden administration to decide whether to renominate the incumbent for another four-year stint or opt for new leadership.

Facebook Whistleblower Frances Haugen appears before MEPs in the European parliament to discuss the negative impact on users of big tech companies’ products and business models.

Earnings Third-quarter results are due from German chemical and consumer goods company Henkel, as well as from PayPal. SoftBank is to hold its second-quarter earnings results briefing.

Travel After 21 months of travel restrictions, the US reopens its borders to vaccinated passengers arriving from China, India, the UK and many other European countries.

China The central committee of the Chinese Communist party gathers in Beijing to set the agenda at their sixth plenum. The meeting will clear the way for President Xi Jinping to secure an unprecedented third term at the party’s 20th congress next year.

What else we’re reading

Travel sector braces for post-pandemic world After losing $6tn during the coronavirus crisis, the global travel industry — from hotel groups to airlines — must navigate a precarious-looking future.

Bankrupt Lebanon left to rue criticism of Saudi Arabia Comments about the Yemen war have caused a diplomatic firestorm between Lebanon and the Gulf states. Saudi Arabia responded by banning all Lebanese imports, expelling Lebanon’s ambassador and recalling its envoy in Beirut, in a blow to a country already in crisis.

How China’s tech bosses cashed out at the right time When Xi Jinping complained that relentless home-schooling was putting too much pressure on Chinese children, the heads of at least two Chinese tutoring companies started selling their shares in New York. Documents reviewed by the FT show dozens of other well-timed sales by executives when Chinese tech companies came under fire.

Scroll through TikTok to see the real stars of the workplace Social media has rewritten the rules. Employees may now promote themselves as much as the brand, and short videos help reach students left cold by recruitment fairs, at a time when so many workers are quitting their jobs in what’s been dubbed “The Great Resignation”.

Want to get a pay rise? Grace Lordan provides six pay-enhancing life hacks and tells us how to spot the biases holding us back from asking for more money.

Just off the coast of Zanzibar, Chumbe Island is a small but successful model of how tourism and conservation can work together. With just seven cottages, a ban on single-use plastic and efforts to hire locally, Chumbe provides a positive model for marine rewilding in Africa.

Thank you for reading and remember you can add FirstFT to myFT. Send your recommendations and feedback to firstft@ft.com

Recommended newsletters for you

Britain after Brexit — Keep up to date with the latest developments as the UK economy adjusts to life outside the EU. Sign up here

The Week Ahead — Start every week with a preview of what’s on the agenda. Sign up here

PrevPreviousThe Dark Side of Metric Fixation
NextI am getting the error message “Unexpected token: elif” in godot. Any tips?Next 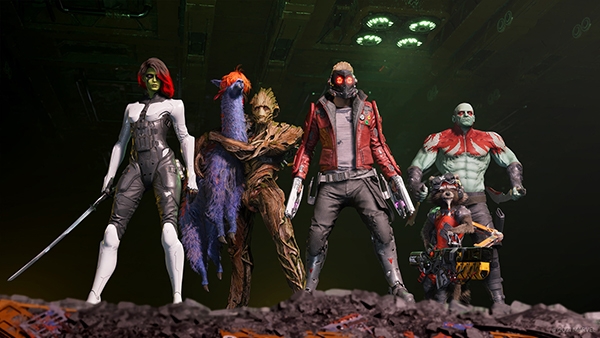 Making Marvel’s Guardians of the Galaxy so ‘flarking’ funny

Marvel’s Guardians of the Galaxy does more than just live up to the movie that shares the same name. It’s a surprisingly high-energy, exciting adventure