Last month Arkane Lyon studio director Romuald Capron surprised colleagues with the news that he’d be departing the company, just after shipping the critically acclaimed Deathloop. Capron said at the time that he was leaving to spend more time with friends and family, but it would seem he’s not done with the world of game development just yet.

Today, French educational game developer PowerZ announced that Capron is joining the company as executive producer. It’s a newer player in the educational games space, one that emerged after President and Co-Founder Emmanuel Freund found himself supporting his children in the thick of COVID-19 lockdowns.

“I started to look for apps to teach them math, or programming,” Freund explained in an interview with a Game Developer, “but…they would only spend 10 minutes on those apps because they were quite lame, to be honest.”

Freund–who previously founded cloud gaming company Shadow in 2015–joked that while this was happening, he’d try calling his kids to dinner, only to find them glued to the screen playing Mario Kart and The Legend of Zelda. “I was wondering why the hell we couldn’t do a real video game where they could learn math, or English, and when you call them for dinner, they [won’t] come running,” he said with a laugh.

Describing the shift from Arkane to Powerz, Capron explained that instead of working with the large company that Arkane had grown into, he’s back to supporting a 20-25 person team that feels like his former studio’s early days. He also noted that PowerZ is a somewhat unusual company in that it has plenty of tech industry talent, but fewer experienced game developers than other startups in the same field.

“My role is now about structuring the production,” he said, helping the former group of cloud gaming developers learn the best processes for making games.

Freund said that bringing in an executive producer with ties to the game industry has helped the team formalize more of its roles, stepping away from the scrappy startup model where every employee touches every feature, into more siloed teams and roles.

Freund and Capron were also frank about wanting to foster a better culture for game development than what has been revealed at companies like Ubisoft and Activision Blizzard in the last year. Freund discussed releasing an employee only a month after their hiring due to sexist comments. “We don’t want to have those values–it was really important that we speak to everyone [at the company] with profound respect.”

The PowerZ team isn’t the first video game team to try and re-invent the educational game, but it’ll be interesting to see if participation from veterans like Capron helps drive them to commercial success.

PrevPreviousShould You Have a UX Research Portfolio?
NextGovernment assistance when household energy bills are high: Lessons from UkraineNext 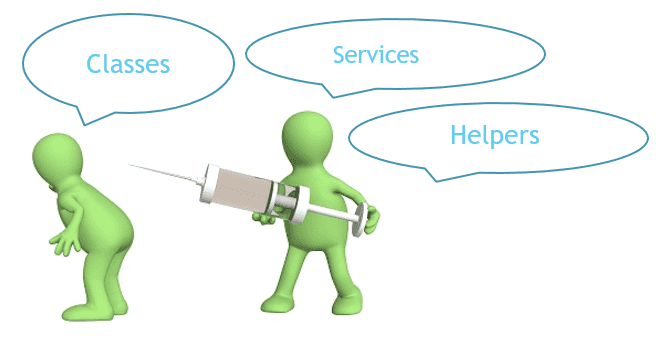 Check the original blog post at The Gamedev Guru: The “KISS” Dependency Injection in Unity Two questions for you: Are you using a dependency injection