The Nintendo Switch has sold 92.87 million units worldwide since launching in March 2017 , but sales have declined over the past six months.

The company noted that Switch hardware sales dropped by 34 percent year-on-year to 8.28 million units (including 1.82 million sales of the Switch Lite), while software sales dipped by 6.3 percent to 93.89 million units over the same period.

“Unit sales for Nintendo Switch hardware in the first half of this fiscal year were 8.28 million units, a decrease from last fiscal year (FY21). In the first half of the last fiscal year, more than 40 percent of the consumers who began playing Nintendo Switch in Japan, the U.S., and Europe chose Animal Crossing: New Horizons as their first game, and as a result, the title drove hardware sales significantly,” wrote the company.

“While there was not a single title like Animal Crossing: New Horizons driving hardware sales in the first half of this fiscal year, consumers purchased hardware alongside various titles, and the sales volume exceeded that of the fiscal year before last (FY20).” 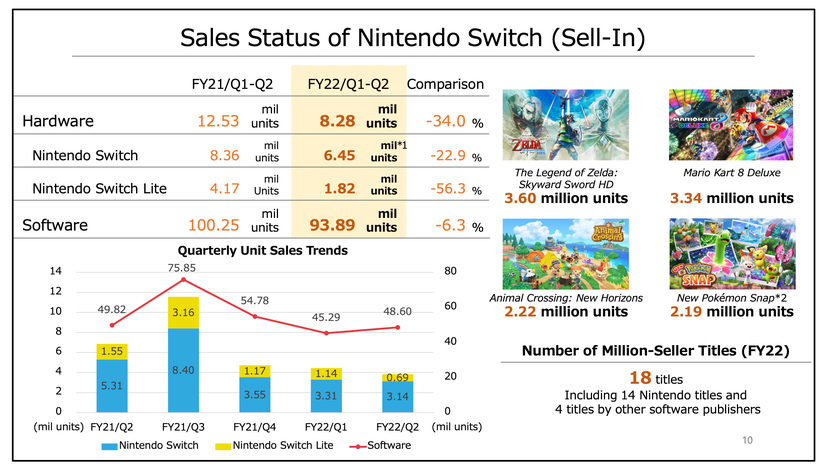 Looking ahead, Nintendo has modified its fiscal outlook due to the ongoing semiconductor shortage, and is now forecasting Switch hardware sales of 24 million units (down from 25.5 million units) by the end of the fiscal year on March 31, 2022.

Despite that, the company’s net sales forecast remains unchanged at 1.6 trillion yen, while it has upwardly revised its profits forecast by 2.9 percent to 350 billion yen. 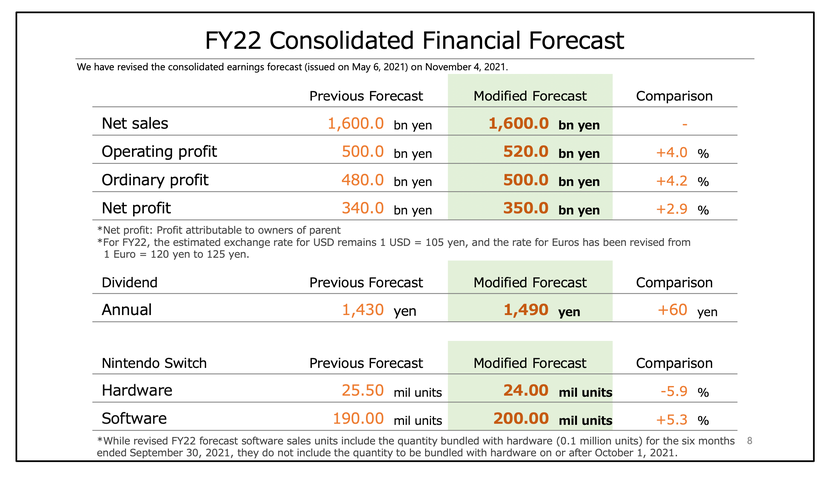 So I get this error when I try upload my android app bundle (made with unity) for release on Google Play Console? How to fix?