The difference between the income generated by the domestic production of goods and services and the income received by the residents of a country is the basis of the distinction between Gross Domestic Product (GDP) and Gross National Income (GNI). The latter measure includes net foreign-sourced income, the income domestic residents receive from foreign sources for providing productive resources (such as labor) minus the income paid to foreign residents in exchange for their productive resources. Net foreign income is also called “net primary income,” and is a component of the current account of the balance of payments. However, GNI and net primary income exclude one form of income from the foreign sector that has become increasingly important: personal transfers, also called remittances.

The two measures do include the wages paid by foreign firms to domestic workers who travel across borders to their place of employment. But the determination of who is a “domestic worker” depends on residency, not citizenship, and residency can be an ambiguous concept. The IMF’s Balance of Payments and International Investment Position Manual formulated a criterion for establishing it:

By this benchmark, a worker who travels to the U.S. during the harvesting season and then returns home is treated as a resident of her home country, and her wages appear in her country’s GNI. But if she moves to the U.S. and stays here for more than one year, then she is considered to be a resident of the U.S. and her income would be included in U.S. GDP.

Governments can provide exceptions to the one-year residency rule. The U.S., for example, includes as residents: “owners or employees of U.S.  business enterprises who reside abroad to further the enterprises’ business and who intend to return within a  reasonable period; U.S. government civilian and military employees and members of their immediate  families; and students who attend foreign educational institutions.” (Concepts and Methods of the U.S. National  Income and Product Accounts, U.S. Bureau of Economic Analysis) But in general workers who sign multiyear contracts to work abroad establish de facto residency in their host countries, even though they are not entitled to the privileges of citizenship.

If a worker in the host country sends money to family members in her home country, the funds would be counted as personal transfers, which appear in “net secondary income” in the current account with official transfers. Personal transfers have grown in size in recent decades as migration has grown, and were remarkably resilient last year despite the disruption of the pandemic. Therefore, excluding them from a country’s GNI can underestimate the income available to those who reside in the country. (The World Bank’s definition of remittances as the sum of compensation to employees of foreign employers and personal transfers drops the distinction between the two.)

There is a measurement of national income, however, that does include transfers: Gross National Disposable Income (GNDI). It adds net transfers, private and official, received by residents from non-residents, to GNI. Clara Capelli of MICAD – University of Bethlehem and Gianni Vaggi of the University of Pavia wrote about the importance of such payments in their 2016 article “Why Gross National Disposable Income Should Replace Gross National Income” in Development and Change. They make the point that GNDI is a more comprehensive indicator of the resources available to a country’s residents than GNI.

Capelli and Vaggi report data for GDP, GNI and GNDI for a range of countries. In most developing economies, GNDI is larger than GNI, and in some cases the differences between GNI and GNDI are significant. For example, GNDI exceeded GNI in Egypt in 2014 by 10%, in Pakistan by 9%, and in the Philippines by 8%. Consequently, potential living standards are higher in those countries than GNI indicates.

Capelli and Vaggi also point out that surpluses in net secondary income often offset deficits in the trade balance as well as in net primary income. The latter are dominated by net investment income, and in these countries usually reflect income payments on FDI (see here). Transfers are also more stable than investment income.

The pattern of transfer surpluses and investment income deficits are consistent with relative labor abundance and capital scarcity in the countries that Capelli and Vega write about. Conversely, the transfers often come from capital abundant advanced economies that are the source of FDI outflows or oil exporters where unskilled labor is scarcer. The flows of the factors of production among these countries are consistent with the Hecksher-Ohlin model’s predictions for international trade.

GNI, therefore, may underestimate the standard of living available to a country. Similarly, the use of the trade account as a proxy for the current account omits consideration of the role of secondary income. Transfer payments as well as the movement of workers across borders have been disrupted by the pandemic, but labor migration will resume as the work forces of many advanced income countries continue to age. Remittances will account for increasingly larger parts of the current accounts of nations that serve as global sources of labor. 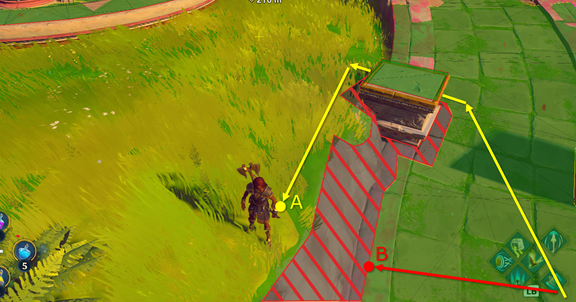 After the release of Assassin’s Creed Syndicate, in 2015, as we turned our gaze towards the future, we thought about the direction we wanted AI