Nolan Bushnell In A Nutshell (Innovative Entrepreneur and Visionary Leader) 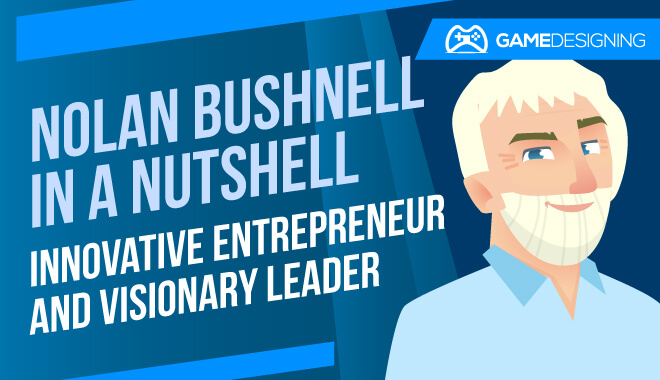 If you don’t recognize the name Nolan Bushnell, you definitely know his inventions. Possibly one of the most inventive game designers who ever lived (maybe rivaling only Shigeru Miyamoto), Nolan Bushnell is basically the grandfather of video game systems.

Bushnell’s Roots and Rise to Prominence

Born and raised in Utah, Nolan Bushnell went to Utah State University to study engineering. After receiving his degree, Bushnell used his passion for games of all types to influence his career.

After playing the extremely influential computer game, Spacewar! at college, he went on to form his first company, Syzygy. It was here that Bushnell and fellow engineer Ted Dabney created Computer Space, which was essentially a copy of the wildly popular Spacewar!

After doing some great business with copies of Computer Space, Bushnell and Dabney changed their company’s name to Atari.

Atari got their first and perhaps most significant break with the development of Pong. Pong developed from Bushnell seeing the Magnavox Odyssey, the first home game console. Produced primarily by engineer Allan Alcorn, Pong became a hit, and Atari was now a household name.

At this time, a young man by the name of Steve Jobs developed his own computer system. An admirer of Bushnell, Jobs offered Bushnell a stake in Apple, which Bushnell promptly rejected. Talk about poor decisions.

Undeterred, Atari and its employees released the Atari 2600, an insanely popular home video game console. However, after some heated disputes with Warner Bros. about the direction of the Atari 2600 and future releases, Bushnell was dropped from Atari. 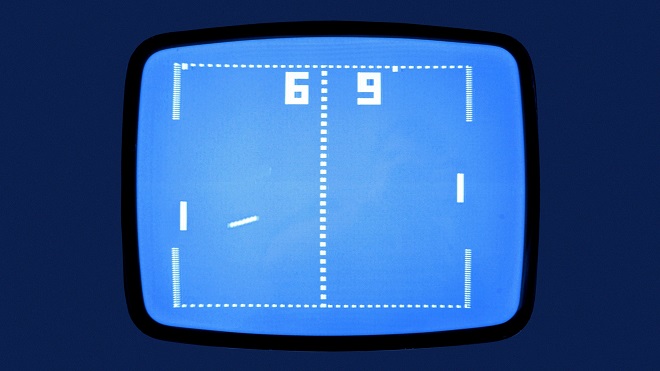 Pong is arguably one of the most famous games ever made. With the laughably simple concept of table tennis, Pong has two players face off against one another. As the match goes on, the ball will move faster between players.

Although looking back on Pong now, it may seem really basic and not at all fun. However, keep in mind that video games weren’t wildly popular back then. The release of Pong put Atari and Bushnell on the map.

Everyone knows what Breakout is. Taking control of a moving platform, the player must knock a ball against an upper wall of bricks. The ball bounces off of the bricks, eliminating them.

Atari once again knocked it out of the park with Breakout, taking Pong’s simplicity and turning it into a smash hit.

Computer Space was essentially a copy of Spacewar! Spacewar! It was one of the first video games, only available in the 1960s on college campuses in computer science buildings. Computer Space did pretty well, raking in millions of dollars.

After the success of Computer Space, Bushnell changed the company’s name from Syzygy to Atari.

Bushnell’s game development philosophy is a nice mix of allowing creativity to thrive and focusing intensely on the efforts of the fun of the game. This culminates in what we now know as Bushnell’s Law.

What is Bushnell’s Law?

Bushnell’s Law is an important piece of philosophy from Bushnell himself. He states that in game design:

“All the best games are easy to learn and difficult to master. They should reward the first quarter and the hundredth.”

This method easily hooks gamers onto fun products and encourages them to keep playing, allowing them to attempt to master the gameplay. This keeps gameplay fresh while keeping things familiar for the player.

The Importance of Creativity

He thinks that to gain the most creative potential, you need to be able not to be afraid to hire people who are a little obnoxious.

“I believe we have literally thousands of Steve Jobses,” but we don’t empower them to create. “Look at the way we treat creative people! We just have to detoxify our companies, and we’ll have innovation flowing out of the ground like oil.”

The bottom line is: let your creative people be creative. Stifling creativity can really hamper your efforts to invent, create, and thrive.

Along with creating and designing some games, Bushnell has had a hand in other ventures.

The Atari 2600 brought video games into the living room of every American family. What was once relegated to the arcade was now available in the home. Even today, the Atari 2600 is always spoken about with reverence and fondness.

From 1977–1992, the Atari 2600 did great business, selling games like Pac-Man that netted Atari and game developers millions of dollars.

Bushnell and the Pizza Connection 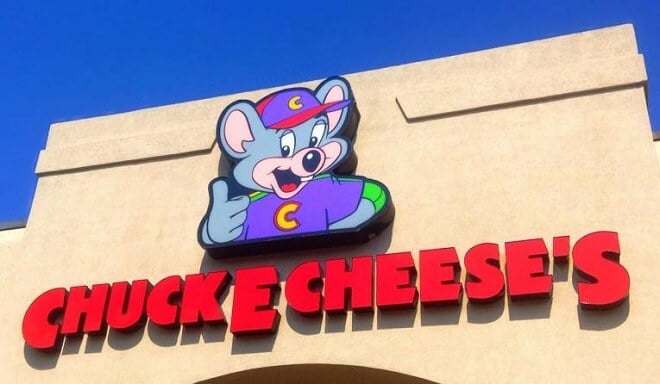 While Bushnell has left a mark on the video game industry, he also played an integral role in pizza parties.

Bushnell invented Chuck E. Cheese (Yes, THAT Chuck E. Cheese) in 1977. Not content with sitting on the sidelines after his ousting at Atari, Bushnell wanted to invent something new.

Chuck E. Cheese’s Pizza Time Theatre eventually hit hard times in 1984, filing for bankruptcy and eventually being bought out by ShowBiz Pizza Place. After a while, the two brands came together, and the Chuck E. Cheese brand grew more prominent into what it is today.

Where Is Nolan Bushnell Now?

After all of this impressive accomplishment, where is Nolan Bushnell these days?

Along with becoming the CEO of Global Gaming Technologies Corp., Bushnell leaned into a noble cause. He started to dedicate his energy to educational games. After founding BrainRush, Bushnell used his idea to take school curriculums and turn them into fun minigames.

Along with turning education into something a little more palatable for more children, Bushnell is involved with Anti-Aging Games, LLC. This is where he actively develops games targeted explicitly towards those over the age of 35. These games deal with memory, focus, and other aspects that promote brain health and staying sharp.

It’s good to see such a visionary still involved with the industry that allowed him to make great inventions and improvements to the world. Whether it is his involvement with Atari or, yes, even Chuck E. Cheese, you can’t help but admire the tenacity, inventiveness, and determination of Nolan Bushnell. From spine-tingling skeletons to creepy crypts, get ready to scream when you see this season’s sinister asset selections. A wickedly awesome event this way comes.