There’s a long way to go, but the Australian leader’s pledge could reconfigure the public debate around climate issues. 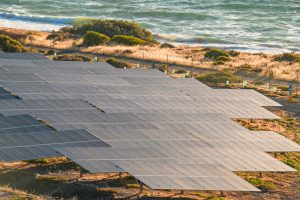 Solar panels installed along the coastline of the Australian state of South Australia.

When U.S. President Joe Biden appointed John Kerry as the U.S. climate envoy, a role that comes with a seat on the National Security Council, it provided Australian Prime Minister Scott Morrison a way to achieve domestic political cut-through and broaden the conversation on Australia’s climate change policy by similarly aligning it to security considerations.

In a briefing to his parliamentary colleagues, Morrison took a notable step in this direction as well. He reportedly stated that climate action was a key pillar of the Western alliance, and that there were both economic and security imperatives for a transition to a net-zero future. This news was welcomed by many of Morrison’s colleagues, who have stood ready to champion a move to net-zero for some time. Polling has also shown, time and time again, that a majority of the public is in support of increasing ambitions.

However, a recent major global energy shock brought on from the post-pandemic economic bounce and extreme weather has seen European and Asian gas prices hit all-time highs, oil prices surge, and coal be in short supply, it has shown the need for a stable and methodical transition to clean power. For Morrison, it added further weight to the case of economic and security considerations by showing how both the rapidly changing climate as well as hiccups in the clean power transition could wreak havoc.

The host of the upcoming COP26, the United Kingdom, has recently had to switch on coal-fired power stations to satisfy demand for power, and blackouts are a painful reality in countries such as India and China. Due to power shortages, China has even resorted to releasing Australian coal shipments that had been held up by its unofficial import ban, part of its campaign to economically strong-arm Australia.

The energy shock occurring in Europe has undermined both the national security and economies of many countries and played into the hands of Russian President Vladimir Putin. Some have speculated that Putin has used this crisis as leverage to extract concessions from Europe, such as the regulatory approval of the controversial Nord Stream 2 pipeline, which critics say exacerbates European dependence on Russian gas and robs Ukraine of transit fees.

Morrison is right to state that there are economic and security imperatives to act now, but the opportunity has been there for some time. Unfortunately for the Australian government, any new commitments may not be celebrated as much as it would hope, as a result of the significant international reputational deficit it faces on climate change. But it is worth noting that at the recent sweep of diplomatic meetings in September, where AUKUS was announced and the first-ever in-person Quad Leaders’ Summit was hosted, the climate crisis featured prominently and was consistently framed in global security terms. Australia sang to the right tune here, and there may well be more announcements to come following the meetings at COP26.

Those opposed to the government may refuse to believe it, but with what lays ahead, Morrison may be in the process of taking a vital step toward ending the current chapter of Australia’s political climate wars. The spotlight has already fallen on the government’s opposition to greater commitment on Australia’s climate targets for 2030. From where it stands now, this will become the point of focus in Australia’s political discourse on climate change.

Regardless, Australia’s move toward accepting a net-zero reality it is a welcome step. Delivered in part by domestic political ambitions and in part by international pressure, it will go some way to help lift the dark cloud over Australia’s international reputation and – at minimum – bring Australia back to the table.

PrevPreviousThe Golden Ratio and User-Interface Design
NextWhat is a Unity GameObject, and How Do You Fit It Into Your Game?Next 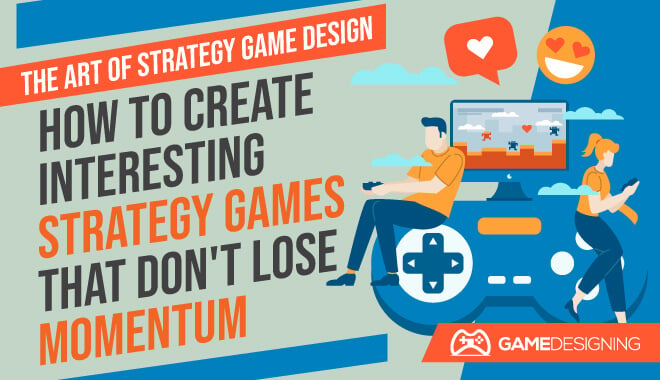 How To Create Interesting Strategy Games That Don’t Lose Momentum

Strategy games have been an important part of video game history, and have certainly evolved over time. With the success of titles such as Armello,