The real reason Facebook is changing its name to Meta | by Leon Zhang | Oct, 2021

To the “untrained eye”, you might find it interesting or unfathonmable that one of the only competitors Oculus currently thinks it has is “Epic games.”

To those unfamiliar with Epic games, they are the creators behind Unreal engine & the world’s #1 battle royale game Fortnite. (You might have heard of Fortnite on the topics and recent lawsuits with Apple)

So shouldn’t Oculus view maybe steam VR, HTC Vive, Google, or any other tech giant as their main competitor?

Wrong. Like I mentioned again and again in this article, one of the main audiences of this year’s conference is investors. Zuckerberg wants to make a statement that they are so many years ahead of the competition and have already spent so much money in R&D of their VR products none of those companies can come close to competing with them. (Which I would argue probably is true, Facebook makes a lot of money) Facebook also still and in the foreseeable future will probably still make a lot of money, so it will be hard for any new VR headset start-up to keep up.

Fortnite itself generates revenue of around 7 billion USD yearly.

Which is a lot since this is just one video game under Epic games. However, when compared to Facebook’s massive estimate of 85.6 billion revenue yearly is nothing.

So clearly they cant compete money-wise, why bring Epic games up then?

Epic games own Unreal engine which they are putting a lot of effort into giving VR development support. Their ultra-successful game Fortnite is built on this platform. Similar to how Epic games has the Epic games store to compete with Steam. If Epic tries to launch their own headset, they actually have a unique competitive advantage.

Don’t believe me? Here’s why. Remember how in the first part of the article we mentioned Oculus kept emphasizing they are adding new games to attract their gaming customers? Well, Epic games own the unreal engine platform and a massively popular genre(Fortnite) which is a massive preestablished paying customer group. (7 billion revenue from a free-to-play video game remember?)So perhaps with some speculation, you can conclude Epic games surely is working on VR projects, and if they were to launch something there is definitely a huge competitive threat to Oculus.

However, everyone here over at our Sword Reverie team does not think Epic & Oculus bumping head to head is the most likely outcome.

What we would speculate is Epic probably has lots of high-level stakeholder meetings with Oculus where they talk more about collaboration, and how they can support each other to create a true metaverse with a Fortnite Creative in VR.

With VR growing in popularity Fortnite sure wouldn’t want to lose out on a whole market of paying customers similar to what has happened with mobile on the Apple store.

One of our past Sword reverie designers and current UX coaches I work with, Hannah, is currently working as a UX designer part of the Fortnite team. Although due to NDA she can’t share with us what she is working on, or confirm if there is a top-secret VR Fortnite collaboration.

But one thing is clear, Fortnite is becoming more of a social experience.

You see, Fortnite has been so successful because it has grown far beyond a simple battle royale game. It is a metaverse in itself. (Fortnite refers to itself now as the Fortnite Metaverse, see some similarities with Facebook calling itself Metaverse too?)

Does all that sound familiar like I just mentioned it before? Does it almost sound exactly the same as the goals Oculus has? Well yes, it does, there is a lot of overlap.

So with my pure wild speculation, I will say a collaboration between Oculus and Epic is more than likely, both companies have a lot to gain from each other.

To me as both a designer and a serious Fortnite fan? Well, that is just great news. I would be so excited for a Ready player one style future built on the existing metaverse Fortnite and Oculus has been creating for us, and I can’t wait to create new cutting edge designs in it! 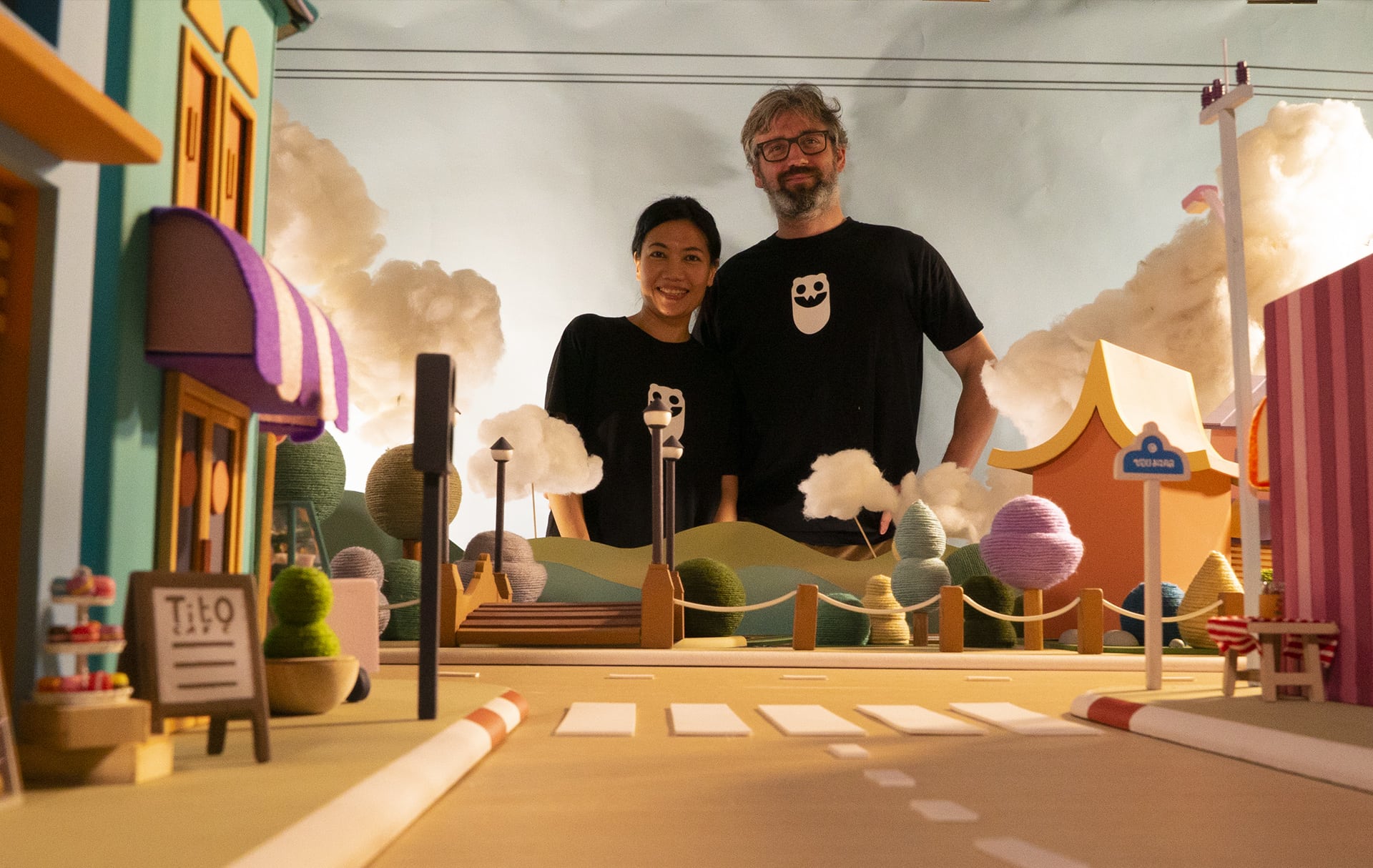 NICEMONSTER From the creator: Stop Motion and CGI mixed together for this PEA Volta TVC . Promoting their new electric vehicle charge stations around Thailand.