This post summarises Cairney and Kippin’s qualitative systematic review of peer-reviewed research on education equity policy. See also: The future of equity policy in education and health: will intersectoral action be the solution? and posts on ‘Heath in All Policies’ and health inequalities.

Governments, international organisations, and researchers all express a high and enduring commitment to ‘education equity’. Yet, this is where the agreement ends.

The definition of the problem of inequity and the feasibility of solutions is highly contested, to the extent that it is common to identify two competing approaches:

1. A ‘neoliberal’ approach, focusing on education’s role in the economy, market-based reforms, and ‘new public management’ reforms to schools.

2. A ‘social justice’ approach, focusing on education’s role in student wellbeing and life opportunities, and state-led action to address the wider social determinants of education outcomes.

Almost all of the research included in our review suggests that the neoliberal approach dominates international and domestic policy agendas at the expense of the wider focus on social justice.

We describe education equity researchers as the narrators of cautionary tales of education inequity. Most employ critical policy analysis to challenge what they call the dominant stories of education that hinder meaningful equity policies.

First, many describe common settings, including a clear sense that unfair inequalities endure despite global and domestic equity rhetoric.

They also describe the multi-level nature of the governance of education, but with less certainty about relationships across levels. A small number of international organisations and countries are key influencers of a global neoliberal agenda and there is discretion to influence policy at local and school levels. In that context, some studies relate the lack of progress to the malign influence of one or more levels, such as global and central government agendas undermining local change, or local actors disrupting central initiatives.

Second, studies describe similar plots. Many describe stymied progress on equity caused by the negative impacts of neoliberalism: undermining equity by (1) equating it with narrow definitions of equal access to well-performing schools and test-based attainment outcomes, and (2) taking attention from social justice to focus on economic competitiveness.

Many describe policymakers using a generic focus on equity as a facade, to ignore and reproduce inequalities in relation to minoritized populations. Or, equity is a ‘wicked’ issue that defies simple solutions. Many plots involve a contrast between agency-focused narratives that emphasise hopefulness (e.g. among ‘change agents’) and systemic or structural narratives that emphasise helplessness.

Third, they present common ideas about characters. In global narratives, researchers challenge the story by international organisations that they are the heroes providing funding backed by crucial instructions to make educations systems and economies competitive. Most education articles portray neoliberal international organisations and central governments as the villains: narrowing equity to simplistic measures of performance at the expense of more meaningful outcomes.

At a national and local level, they criticise the dominant stories of equity within key countries, such as the US, that continue to reproduce highly unequal outcomes while projecting a sense of progress. The most vividly told story is of white parents, who portray their ‘gifted’ children as most deserving of advantage in the school system, and therefore the victims of attempts to widen access or redistribute scarce resources (high quality classes and teachers). Rather, these parents are the villains standing – sometimes unintentionally, but mostly intentionally – in the way of progress.

The only uncertainty regards the role of local and school leaders. In some cases, they are the initially-heroic figures, able to find ways to disrupt a damaging national agenda and become the ‘change agents’ that shift well-established rules and norms before being thwarted by community and parental opposition. In others, they are perhaps-unintentional villains who reproduce racialised, gendered, or class-based norms regarding which students are ‘gifted’ and worthy of investment versus which students need remedial classes or disrupt other learners.

Fourth, the moral of the story is mostly clear. Almost all studies criticise the damaging impact of neoliberal definitions of equity and the performance management and quasi-market techniques that support it. They are sold as equity measures but actually exacerbate inequalities. As such, the moral is to focus our efforts elsewhere: on social justice, the social and economic determinants of education, and the need to address head-on the association between inequalities and minoritized populations (to challenge ‘equity for all’ messages). However, it is difficult to pinpoint the source of much-needed change. In some cases, strong direction from central governments is necessary to overcome obstacles to change. In others, only bottom-up action by local and school leaders will induce change.

Perhaps the starkest difference in approaches relates to expectations for the future. For ‘neoliberal’ advocates, solutions such as market incentives or education system reforms will save schools and the next generation of students. In contrast, ‘social justice’ advocates expect these reforms to fail and cause irreparable damage to the prospect of education equity. 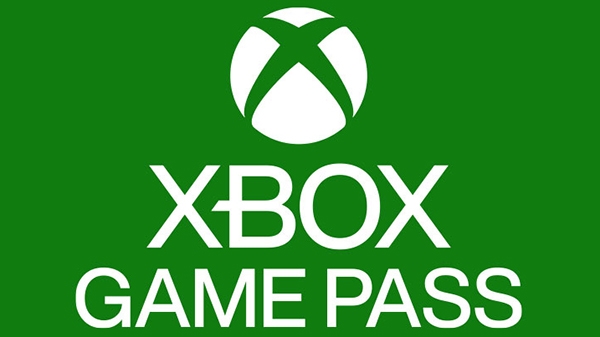 [The GameDiscoverCo game discovery newsletter is written by ‘how people find your game’ expert & GameDiscoverCo founder Simon Carless, and is a regular look at